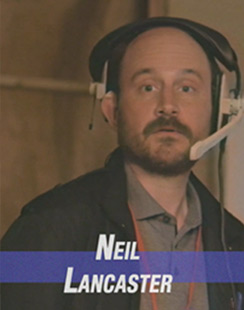 A true journeyman producer, Neil Lancaster has produced live television for over 15 years and across 4 continents, 31 states and 3 U.S. territories. Originally from Berkeley, California, Neil attended the University of California Berkley as a media major with an eye towards filmmaking. He wrote and produced six short films in that time, with “The Death of the Sun” winning Top Film at the Monterey Beach Cruiser Film Festival.

In 1986, Neil was working at KPDF Sacramento when he received a call from Ram Carter to produce a new regionally syndicated morning show that would reach viewers across more than 21 media markets. Neil jumped at the opportunity and teamed up with beloved local anchor Chip McNeely to give viewers a fresh new way to start their day.

Despite some wrinkles to iron out of production and a string of co-anchors that did not quite vibe with their lead, Chip and Neil managed to get Rise & Wake Up to the number two spot in mid-market share ratings by 1987. While there have be rumors of a bubbling feud between the two long-time collaborators, Neil has squashed these rumors, saying defiantly: "What do you want me to say? You were all there at the Christmas party. You saw what happened.”
Congrats to Neil and Chip for 8 great years together!